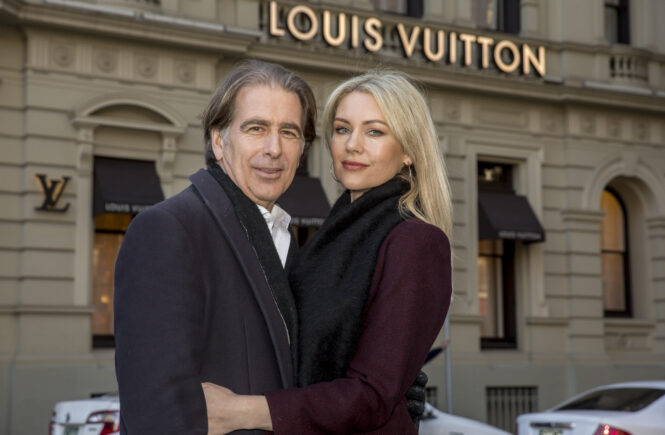 Much loved Australian actress Krista Vendy and her entrepreneur husband Brett Rogers “You know that feeling of, like, you can’t get enough? From the first day we were introduced by a mutual friend, we’ve never spent one day without speaking to each other, our first phone conversation lasted 7 hours”.

Krista Vendy our much-loved Australian actress and model came to fame playing schoolteacher ‘Tess Bell’ on Neighbours from 1999 to 2001. Krista always had a love for the stage, and many would consider her a triple threat as a successful dancer from the age of 5, model and actress. Krista during school also played the clarinet and says she was always dramatic and had a love for acting.

Born and bred in Ballarat, Krista says “I was a country girl, a bit of a rough diamond”. Krista moved to Melbourne once she has finished school and began a professional modelling career at the helms of Stephen Bucknall of Fashion Result Models. Krista went on to become a successful model in Australia, Asia and Europe which included Runway, Bridal, and Editorial. One thing to the next and Krista was entering Beauty Pageants winning Dream-girl of the Year in Turkey and then placed in the Top 5 for Miss Globe and Miss Tourism International. Krista then decided to work behind the scenes and Beauty Pageants in India and Sri Lanka.

Upon returning to Australia Krista went on to join GIANT model management and during this time Scott Michaelson from Neighbours was searching for the new Kimberley Davies, he went into GIANT scouting the next star and it was at this time that Vendy was discovered on a comp card and 3 months later Krista was cast alongside Holly Valance to be the new kids on the block at channel ten’s ‘Ramsay Street’. Krista says, “I had a lot to learn, but the best way to learn is on the job, the crew at Neighbours were unbelievable, I love the crew”!

Krista went on to be a regular guest on ‘Good Morning Australia for a period of four years. Krista says, “Bert was so funny I would forget that there was an audience”. Vendy then had guest roles on some of our most loved television soaps, Blue Heelers, Shock Jock, Nightmares and Dreamscapes, Fat Pizza and Underbelly. Films i Matching Jack, The Incredible Hulk, Horseplay and Fat Pizza.

Krista also travelled to the USA and had been many times back and forth from Australia, at the time looking back she didn’t realise how big some of the opportunities were, she appeared in many television commercials, was in several plays and had guest roles in television shows Mental and Leverage. Krista also studied acting whilst in LA and went on to study another passion of hers which was, Archelogy at UCLA.

Krista’s husband Brett says, “I’m her biggest fan, I believe we have always been meant to meet, we have been to the same functions over the years and sat on different tables so I believe it was destiny, we are totally in love with each other and we are one”.

At the tender age of 13 Brett began his first place of employment at Mc Ewans Hardware the predecessor to Bunnings. Once finished his HSC Brett went on to study accounting at the University of Singapore and went on to work as an auditor for Deloitte. Brett says, “it was a great lifestyle in Singapore, but I ended up deciding accounting wasn’t for me as it became too repetitive”.

Rogers tells me that construction was always in his blood, his forte and went on to study building for four years at RMIT. He asked for exemptions for the accounting classes, but was denied, there were no exemptions.

Brett says, “I’d studied accounting so I skipped these classes and would always end up getting 100% anyway”. During this time the accounting teacher ended up leaving and Brett took over this part time position for 12 years, whilst also working for A.V Jennings where I went on to become site manager and project manager.

In 1989 Brett went on to work as the Project Manager on the Southgate Project which was a $650 million-dollar construction. During this time Brett did a Post Graduate course in Property Development and was poached by Mirvac.

Brett says, “I had all my pieces of paper and I was ticking boxes along the way, I also set up my own company ‘Baracon’ which I would work on over the weekends”.

So, what’s next you ask for this dynamic duo?

Brett and Krista have recently launched ‘Emporium Outlets’ collaborating with local and International brands in order to create the best product selection bringing discounted brand offers to customers on a flash sale basis with a great shopping experience. Emporium outlets stocks some of the world’s most well-known labels including Armani Exchange, Jil Sander, Jimmy Choo, Givenchy, Tom Ford and Vera Weng to name a few. Emporium Outlets currently have over 119,714 items and represents 864 different brands from across the world.

Our website provides a simple, easy platform to access some of the world’s leading fashion brands and we plan on becoming a market leader for online shopping. This is only the beginning for Emporium Outlets so much more is coming so stay tuned.

Krista and Brett met through mutual friends Paul and Deb and it’s thanks to them they are together today after meeting at the ‘Aston Martin’ event and I can tell you now love is well and truly in the air and here to stay.

Thanks to Melbourne Designer Ciano and Rozza for dressing Krista Vendy 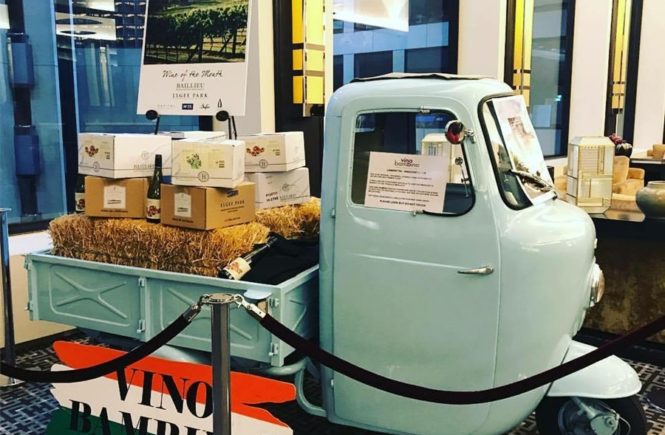 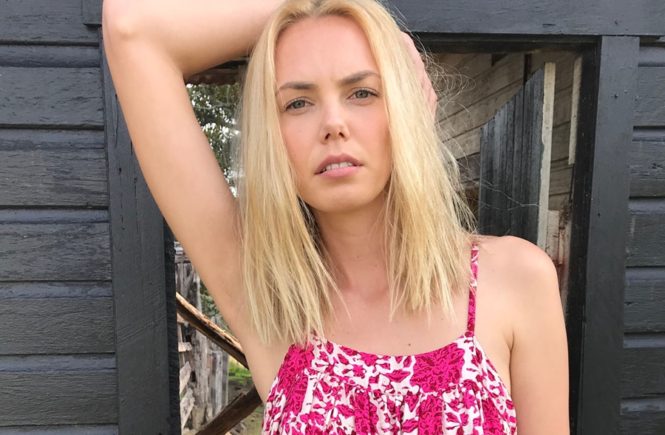 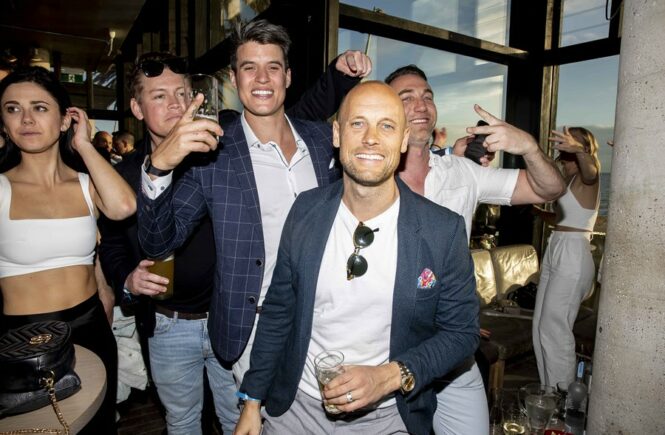