QV Melbourne is thrilled to welcome The Year of the Ox with Lunar New Year celebrations including a 50m2 interactive mural from Chinese-Australian artist Mark Chu. Now on until March 5th. 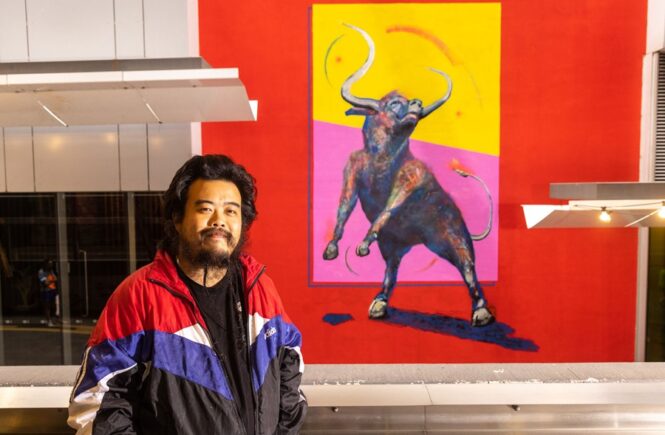 QV Melbourne is thrilled to welcome The Year of the Ox with Lunar New Year celebrations including a 50m2 interactive mural from Chinese-Australian artist Mark Chu, a new exhibition of his work at No Vacancy gallery, custom made Oxen lanterns, themed food, and drink, $10,000 in prizes and more from 12 February.

Lunar New Year (LNY), celebrated by 1.5 billion people in 2020, provides the chance for a fresh start, setting the tone for the year ahead. The celebrations begin when the first new moon in the lunar calendar emerges on 12 February 2021.

QV Melbourne is at the heart of the city’s festivities, honouring traditions of generosity and celebrating The Year of the Ox. Melbourne-born painter Mark Chu has his work exhibited everywhere from Shanghai to Amsterdam to NYC and has appeared in the New York Times.

“Lunar New Year is one of the most special events on the calendar, because it shows that something as fixed as the start of the year can be interpreted differently by different cultures. The fact that it’s celebrated across the world tells us how far we’ve come as a multicultural global community, and I think that’s wonderful,” says Mark.

The Chinese community has been a strong part of Melbourne’s cultural fabric for over 160 years, making the Lunar New Year particularly significant to Melbourne, while other Asian cultures from Vietnamese to Korean also celebrate the new lunar year.

At 50m2, Mark’s Lunar New Year mural is one of his biggest works to date, towering over passers-by in Jane Bell Lane, just off Russell St. The Giving Ox depicts an Ox leaping up in a moment of blissful joy, signifying the massive strength the zodiac year is known for. It is also interactive, with an AR animation bringing the mural to life with a burst of generosity, symbols and LNY celebrations. Shoppers can also find their personalised 2021 Chinese Zodiac predictions linked to a QR Code.

Just down the laneway at resident gallery No Vacancy, Mark Chu will exhibit 50 paintings in a major new show entitled, The Ecstasy of People Watching, opening 25 February, until 28 February. His works ask, how do we gaze differently in this paradoxical time of social distancing and hyper-interconnectivity?

As a part of the Lunar New Year experience, Chu has created his first sculptural work, a bronze cast of an oxtail coated in 24-carat gold, called a Giving Charm. This valuable work will be priced at zero dollars; however, its acquirer will receive instructions from the artist to embrace a life of generosity as fully as possible and pass it on to a new acquirer when they no longer need to engage with the piece.

One of the most popular ways to celebrate LNY is via QV Melbourne’s acclaimed, diverse range of Asian restaurants and eateries. Eat Your Way Through Asia and explore a travelling feast along Artemis Lane, from Japanese ramen sensation Ippudo to Seorae Galmaegi Korean BBQ and giant street food market style vendor Thai Town, finishing with Taiwanese dessert parlour Meet Fresh. Visitors are also invited to subscribe at qv.com.au by 8 February for a chance to win one of 100 FREE Chinese New Year ice cream desserts from Aqua S. Come to think of it, you might want to make a few trips.

Cocktail maestros at Father’s Office have imagined up Chinese New Year themed drinks, featuring two of the culture’s most loved fruits: lychees and cherries. The China Blue (which includes lychees + lychee liqueur) and Orange Oasis (featuring Cherry Brandy, topped with a maraschino cherry) cocktails are just $16 each and will be available from 12-19 February in the pop-up QV Square Garden bar (open every day, weather permitting), as well as inside their main venue on Lt Lonsdale St.

Expanding on the theme of generosity, QV will host two games with a giant array of prizes. Spin/Win campaign will run from 12-26 February. Customers simply need to spend $20 or more at participating stores to receive a game card for the chance to win a share in over $10,000 in prizes. Snap to Win will run from 12 February – 5 March. Snap a photo of the Lunar New Year mural and tag @QVMelbourne #QVLunarNewYear on Instagram for your chance to win a $250 QV shopping spree. Terms and conditions apply. Visit qv.com.au for all the details.

Worlds apart from other retail precincts in Melbourne, QV represents the quintessential Melbourne lifestyle. Intimate laneways in the urban precinct give visitors the freedom to wander and discover the eclectic mix of shops, cafes, and restaurants at their own pace. QV is home to 120 retail stores including premium fashion, beauty, and lifestyle brands, as well as major retailers such as Big W, Woolworths, Officeworks, Harvey Norman and Dan Murphy’s. 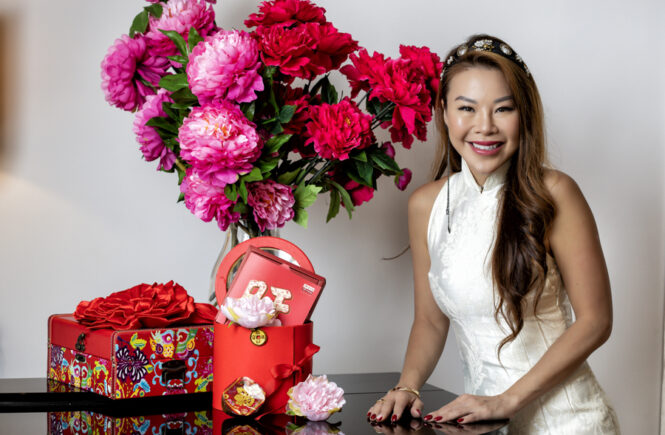 Melbourne’s Christina Chia celebrates Lunar New Year -“I arrived in Australia with two suitcases & two little girls, no job, no money to speak of and yet hope, faith and a willingness to learn led me to success.” 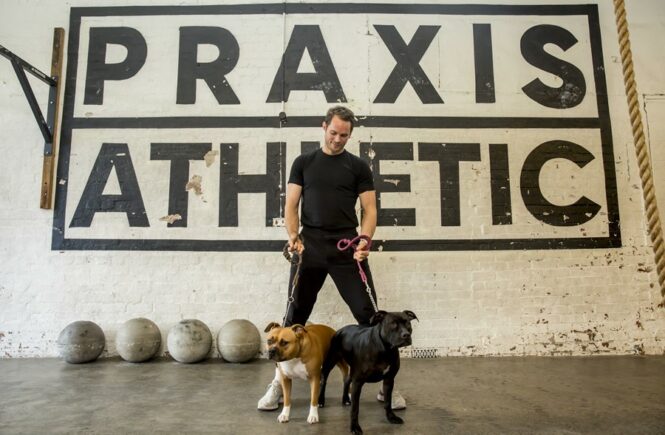 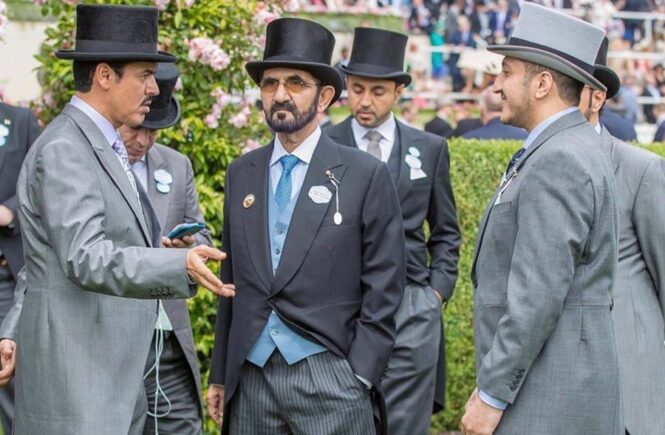