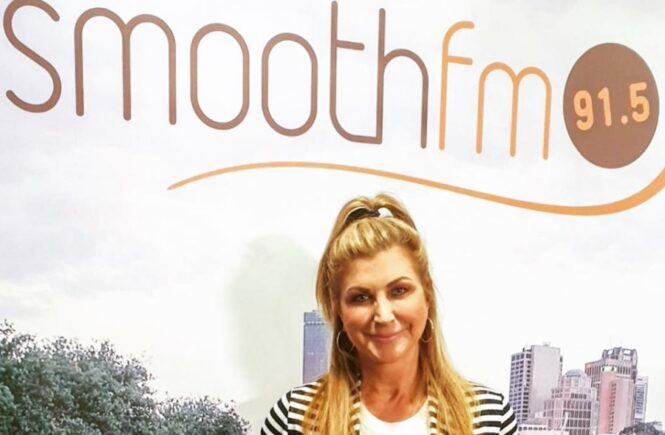 JENNIFER HANSEN – best known to TV audiences as the former co-host of Channel Ten’s news – is now a successful radio personality. Along with MIKE PERSO, Jennifer is part of Smooth FM’s More Music Breakfast Show where she reads the news and chats with Mike about all things Melbourne. Jennifer is in her seventh year at Smooth. Last year, she and Mike took out the Number One FM brekkie radio spot in two surveys.

In her television years, Jennifer sat alongside Mal Walden, reading the main nightly bulletin for ten years – the pair becoming the longest-serving news duo in Australia’s television history. All up, Jennifer was at Network Ten for 20 years after starting as a cadet reporter while still completing an Arts degree at Melbourne University.

While studying, Jennifer also wrote for several magazines and newspapers, then later in life wrote a regular column on two occasions for the Herald Sun.

As well, she returned to a news-reading role during the 2008 Olympics, for the ABC’s Australia Network.

In between media gigs, Jennifer went back to ‘school’ – taking up the ‘Professional Writing and Editing’ course at RMIT. That has helped her complete her first novel and two screenplays.

Jennifer is also married to Neighbours actor Alan Fletcher (aka Dr. Karl Kennedy) and they have two children together – Veronica and Tom.

Why did you choose a career in journalism?

Jennifer says, “If you want to be a journalist, you have to have a natural curiosity about what is happening in the world around you – about current issues affecting our society, including politics, economics, international conflicts and social issues. Basically, you need to a bit of a sticky-beak. So yes, that’s me.

I’m also a storyteller and a communicator. When I started out as a general reporter with Channel Ten (in the late 80s) I relished being sent out on different stories every day. As one person described it, journalism gives you a front-row seat in the making of history.  I love talking to people and finding out what makes them tick.

Reading and writing were passions of mine growing up. Even as child, I wrote daily in a diary and English and art were my best subjects at school. I was shocking at maths! I always imagined I’d be an artist or a writer. Getting closer to Year 12, journalism seemed a natural choice. I ended up being co-editor of the school magazine in Year 12 and then studied for an Arts Degree at Melbourne Uni – also writing for the University newspaper, Farrago. I also worked for a local newspaper The Southern Cross while I was studying at Uni. Then in third year I landed a cadetship at Channel Ten and did both full-time for a year which was crazy busy, but I survived, managing to finish my degree and keep my job. Then I stayed at Channel Ten for 20 years. The last ten years I co-hosted the nightly 5pm news with Mal Walden.

Now working in radio, I get to communicate with an audience on many levels. My role gives me an opportunity to not only deliver the news but to chat about current issues that matter in Melbourne – about the latest entertainment, lifestyle trends and things people can relate to in terms of their everyday lives.”

Who has influenced you as a journalist?

Jennifer says, “There have been many inspiring journalists I’ve looked up to over the years and of course, growing up, every young woman who ever wanted to be a journalist always wanted to be the ‘next’ Jana Wendt on 60 Minutes. And yes, of course I admired her too.

But in terms of ‘actual’ influence, I would say the news producers who edited our stories taught me the most about writing TV news and production. Neil Miller and Jim Conway. They were a legendary partnership in the history of Channel Ten’s news. You’d take your (then typed) story to them and with the wave of their pens, they’d magically transform the script from something pedestrian to something that leaped off the page. They were brilliant writers and I feel very privileged to have worked with them both.”

Who has left that lasting impression?

When I left Channel Ten in 2007, I started writing a weekly column with the Herald Sun called ‘The Other Half. That meant interviewing the partners of prominent figures in society – although often the ‘partner’ was just as famous. Many of those interviews were memorable because it was a ‘long-form’ piece and often unearthed some fascinating revelations.

While writing for the Herald Sun, I also interviewed author Kathy Lette at a time when one of her novels How To Kill Your Husband, was being staged as an opera by the Victorian Opera Company. I adored chatting with Kathy because she’s such a sharp wit and never disappoints with the one-liners. She’s the sort of person I’d love to have as a ‘bestie’.”

How has the current pandemic impacted your work?

Jennifer says, “I’m working in brekkie radio now at SmoothFm 91.5 on the More Music Breakfast Show with the uber-talented Mike Perso. TV and radio are very different beasts and I am grateful Mike was patient enough to put up with me taking my baby steps and stumbles when I first started in 2014.

It’s quiet in the office when we start our day – before 5 am – but then usually around 8 am, the office is buzzing with a flurry of workers and visitors, streaming in and out on a regular basis. Now, because of the Covid-19 pandemic, all sales staff and management are working from home. Only the on-air teams come into the office and there are strict protocols in place to keep us safe. Each morning we use hand sanitizer on arrival before taking and recording our temperatures.

So right now, the office feels a little empty and strange and it will be great to have everyone back when restrictions ease further.

But Mike and I get along fabulously and always have a laugh in the mornings, so I’m grateful to still be working alongside him in these challenging times. Gunners (Nikole Gunn) is also in the newsroom, conducting interviews and we put the bulletins together as a team so it’s all systems go for us. Every day is different, and we do our best to cover the changing face of the globe during the pandemic – in a way that gives our listeners the right balance of news, entertainment and sport in a tight package.”

Do you see the way in which media is currently presented changing in the future?

Jennifer says, “I think it’s changing every day and very rapidly. Right now, we’re living in a very unpredictable world so it’s hard to know what the future holds. But with social media, the dissemination of information is faster than ever. It’s important to follow reliable sources and not believe everything you read.  A lot of people use social media platforms to access the latest news, but to get a bigger and more accurate picture, I think people still rely on long-form articles, in-depth current affairs shows, interviews and radio. Luckily for me, it seems radio is more vital in people’s lives than ever before. Even more so than TV – because radio is so immediate. I don’t think that will change.”

Written by Melinda Sullivan & Jennifer Hansen for Melbourne My Style 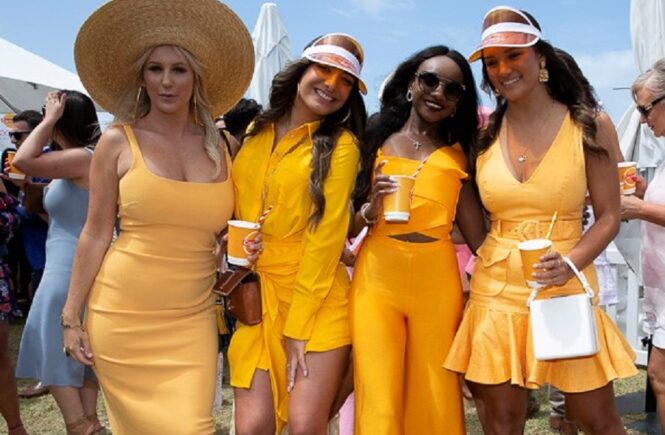 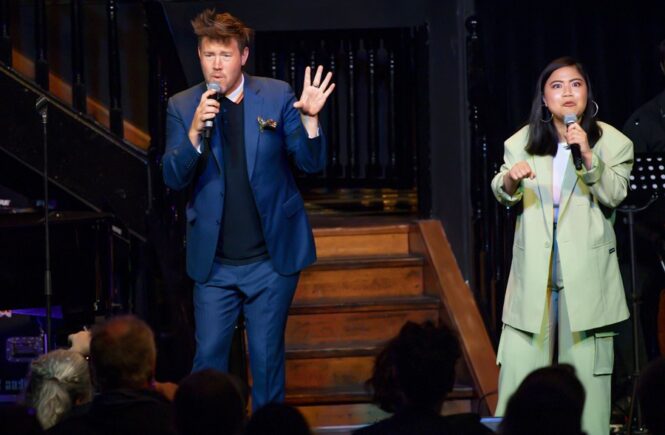 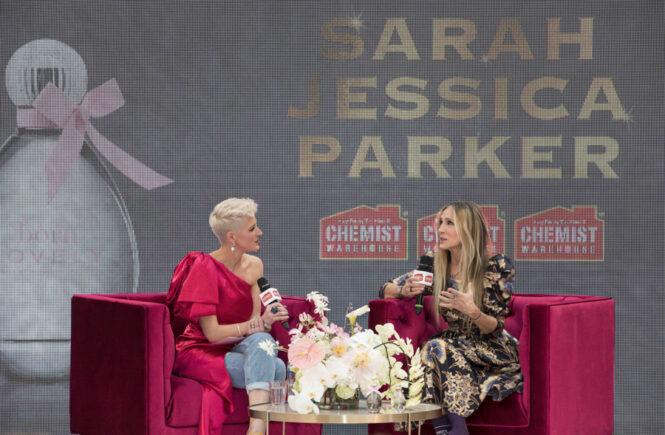 Sarah Jessica Parker and the city of ‘Melbourne’.